In January 2016, Mosaic ATM submitted a proposal to NASA to develop a training simulation environment for Traffic Management Coordinators (TMCs) called the Comprehensive Environment for Traffic Management Training by Simulation or COMETTS. During the Phase I Small Business Innovation Research (SBIR) contract awarded to Mosaic ATM in April of that year, COMETTS was developed to operate in the Cloud and provide displays to traffic management trainees via standard computer web browser applications. The Phase I contract focused on completing the following research activities:

Mosaic completed Phase I and was awarded a Phase II contract in May 2017, which included the following COMETTS research activities:

All Phase II requirements were completed in the spring of 2019, except for testing at the chosen key site facility: Fort Worth ARTCC (ZFW). Due to several changes in FAA policies regarding research activities at field facility TMUs, the COMETTS Team had to enlist the help of several recently retired ZFW TMCs, and the Shadow Evaluations were successfully conducted in our Leesburg office.

My first assignment after joining the Mosaic team in January 2016 was to write a TMC Training Shortfalls white paper for this project. That list of shortfalls has now grown to over 20 items, but a few of the most important TMC training deficiencies that the COMETTS simulator is designed to resolve include:

To combat these shortfalls, COMETTS is designed to address training on all of the TFM systems that currently exist in the NAS, including TFMS, TBFM, NTML, En Route Automation Modernization (ERAM), Voice Switching and Control System (VSCS), plus the Corridor Integrated Weather System (CIWS), Integrated Terminal Weather System (ITWS), Weather and Radar Processor (WARP), and other weather displays. In addition, the COMETTS workstations are designed to accept future technologies as the training needs for those new systems evolve.
COMETTS workstation capabilities include:

The COMETTS system has been designed to be easily expanded to support additional training requirements. The system already includes significant capabilities to emulate and provide training support for the following NAS systems and associated operational requirements:

Further, COMETTS uses an Incoming Message Board to represent the operational activities, decisions, and behaviors of flight operators, airports, and other Air Traffic Control (ATC) facilities or positions that a trainee in the COMETTS simulation does not staff. This approach allows the COMETTS simulation to realistically represent the critical interactions and feedback to operational decisions that the trainee makes during a training exercise.

The COMETTS UI Dashboard, including the Playback Control, Intelligent Tutoring Metrics display, and Incoming Message Board, is depicted in Figure 1 below.

During COMETTS simulation exercises, TMC trainees are provided with many of the systems, displays, and other information sources that are available in the real operation as possible. These systems, displays, and other information sources are referred to as the Training System Environment (TSE). The TSE provides consistent information that is synchronized concerning time and the events in the traffic scenario. The COMETTS simulation environment can control the time of the simulation via the ‘fast-forward’ and ‘jump back features that allow for more efficient use of training time and the ability to repeat sections of a scenario. If trainees do not like the results of a certain set of parameters they have entered, they can jump back, enter a different set of parameters, then fast-forward to observe the new results.

The COMETTS approach of using a simulation engine allows the storage of a wide variety of seasonal scenarios throughout the NAS that can be locally adapted according to each facility’s adaptation, constraints, procedures, and restrictions that are appropriate for each local scenario. Thus, a winter snowstorm scenario with runway closures and de-icing can be trained in July, and complex thunderstorm scenarios can be trained in January.

COMETTS training scenarios, which can be recorded, will be available with varying degrees of complexity, according to the trainee’s progression in the training plan. Scenarios will include practice problems (no instructor), OJT (with an instructor), progress checks/evaluations, and certification (if necessary in the off-season). The instructor will also have the ability to manipulate the scenario by entering additional message sets that can instantly change the complexity or introduce different training elements into the training session. COMETTS will also have the ability to provide a training session “score” based on various grading criteria, such as delay minutes, the number of reroutes, airborne holding, etc.

Another unique COMETTS feature is sending web browser training invites to other positions or facilities, expanding the training experience to multiple participants. These sessions could range from running small, local training scenarios between TMCs at a center and a TRACON to running large-scale Command Center tabletop exercises involving multiple facilities and NAS operators.

Finally, the COMETTS training system is designed to accept future technologies as the training needs for those new NextGen systems evolve.

Since 2019, Mosaic has been promoting the use of COMETTS training simulators in numerous NASA/FAA projects and has provided several demonstrations to the Air Traffic Control System Command Center (ATCSCC) Training Department. Mosaic has recently contacted the Civil Aerospace Medical Institute (CAMI) Human Factors Division at the FAA Training Academy in Oklahoma City. Currently, we are awaiting a Request for Proposal (RFP) in support of CAMI’s Air Traffic Control Tasks – Traffic Management Simulation Statement of Work (SOW). We are hopeful that COMETTS simulators will become the new standard for TMC training in the NAS through this contract.

Mosaic COMETTS Contributors: Chris Brinton, Curt Kaler, Steve Atkins, Shane Axtell, Mike Garland, Dave Brinton, Jeremy Lindsey, Matt Brinton, Michelle Eshow, Jeff Zhao, John Sahl, Steve Vail. Those are the names that appear in all of the reports, but I know there were additional contributors to this project – thanks to all. 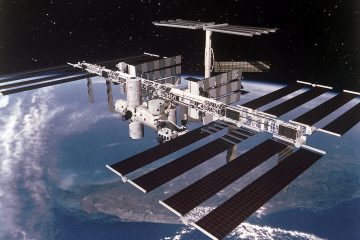 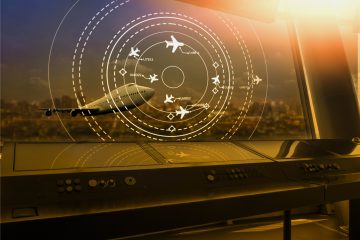 Weather has a high impact on operations in many industries, and therefore is of great value to integrate into strategic decision making. Mosaic has roots in aviation research & development, giving us deep expertise in combining weather data streams with planning applications to facilitate efficient resource allocation.

This website uses cookies to improve your experience while you navigate through the website. Out of these cookies, the cookies that are categorized as necessary are stored on your browser as they are essential for the working of basic functionalities of the website. We also use third-party cookies that help us analyze and understand how you use this website. These cookies will be stored in your browser only with your consent. You also have the option to opt-out of these cookies. But opting out of some of these cookies may have an effect on your browsing experience.
Necessary Always Enabled
Necessary cookies are absolutely essential for the website to function properly. This category only includes cookies that ensures basic functionalities and security features of the website. These cookies do not store any personal information.
Non-necessary
Any cookies that may not be particularly necessary for the website to function and is used specifically to collect user personal data via analytics, ads, other embedded contents are termed as non-necessary cookies. It is mandatory to procure user consent prior to running these cookies on your website.
SAVE & ACCEPT