Mosaic is thrilled to announce the selection of a NASA SBIR Phase II proposal. We will continue our work on the Cloud FMS project, read more about Phase I here.

We propose to build a Cloud-Based Flight Management System (FMS), whereby safety-critical functions residing on the flight deck are separated from non-safety-critical functions that reside in a cloud-based environment on the ground. This bifurcation of an FMS will open new markets and address use cases such as Urban Air Mobility. An actual network-enabled and modular commercially available FMS will be reconfigured for this project and tested in a simulation and used in flight to assess its ability. Therefore, this project will build an actual example of a Cloud FMS.

This proposal follows a Phase I project in which an approximation of an FMS was used to demonstrate feasibility.   Once configured, functions can be added to the Cloud FMS to further enhance NAS safety and improve capacity through computations that are heretofore infeasible with the limited resources of a flight-deck-based FMS. This product will enable Trajectory-Based Operations by sharing aircraft state to a secure cloud environment, enabling accurate trajectory prediction.  Additional computations such as wake vortex estimation and ground noise footprint are feasible with Cloud FMS but infeasible with a traditional FMS.  UAM and AAM markets will benefit from enhanced (but secure) FMS connectivity.

Airline operations centers can improve operating efficiency by incorporating real-time FMS data into their decision-making.  The implications for NAS operations, new entrants, safety, and capacity of a Cloud FMS are of interest to the NASA ATM-X program, the UTM program, the AAM program, “Upper-E” investigations, and planning around commercial space launches.

We also propose investigating the certification, cybersecurity, and safety aspects of this concept through theoretical computations, fast-time simulation, and flight testing of the Cloud FMS concept. Two potential commercial products will emerge, as well as a plethora of future research recommendations and spin-off product ideas.

Potential Non-NASA Applications This proposed project will produce two viable commercial implementations of the Cloud FMS concept, one targeted for air carriers and the other targeted for the UAM market.  Air carriers can reduce life-cycle costs of FMS and enhance the user experience.  UAM Operators can ensure that the latest version of FMS is installed on all aircraft—assuring a consistent similar-equipped environment. 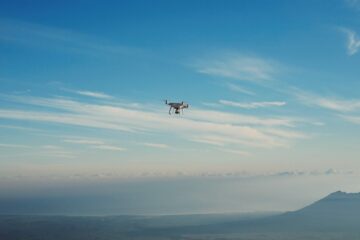