As the aviation community integrates Unmanned Aircraft Systems (UAS) into the National Airspace System (NAS), one of the technical issues that must be handled concerns the Command and Control (C2) Link from the remote pilot Control Station (CS) to the UAS. The C2 Link can switch between carriers during the UAS mission. For example, the link may switch from a terrestrial network to a satellite-based communications network (SATCOM), or from one terrestrial network to another. Requirements for interworking and security of the C2 Link switchover between two point-to-point Line of Sight (LOS) links, switchover between LOS terrestrial C2 Link and a SATCOM network, and switchover between Radio Line of Sight (RLOS) terrestrial C2 Link and a commercial terrestrial cellular network have been developed, and this paper discusses the validation of those requirements.

There were no additional requirement validation defects. Testing also noted a few system performance shortfalls, which are not requirement defects. Rather, they can be managed through proper implementation and operation. These performance items will be summarized in the final report. 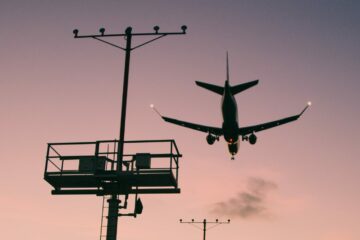 We are pleased to announce that Mosaic has been awarded a project at the Florida NextGen Testbed (FTB) supporting Common Support Services – Flight Data (CSS-FD). CSS-FD is a service available to the broad aviation Read more…

Mosaic and Drone Traffic are excited to announce the release of our successful drone detection system test at Colorado’s Platte Valley Airpark. The system will alert an airplane pilot that a drone has entered the Read more…

This website uses cookies to improve your experience while you navigate through the website. Out of these cookies, the cookies that are categorized as necessary are stored on your browser as they are essential for the working of basic functionalities of the website. We also use third-party cookies that help us analyze and understand how you use this website. These cookies will be stored in your browser only with your consent. You also have the option to opt-out of these cookies. But opting out of some of these cookies may have an effect on your browsing experience.
Necessary Always Enabled
Necessary cookies are absolutely essential for the website to function properly. This category only includes cookies that ensures basic functionalities and security features of the website. These cookies do not store any personal information.
Non-necessary
Any cookies that may not be particularly necessary for the website to function and is used specifically to collect user personal data via analytics, ads, other embedded contents are termed as non-necessary cookies. It is mandatory to procure user consent prior to running these cookies on your website.
SAVE & ACCEPT